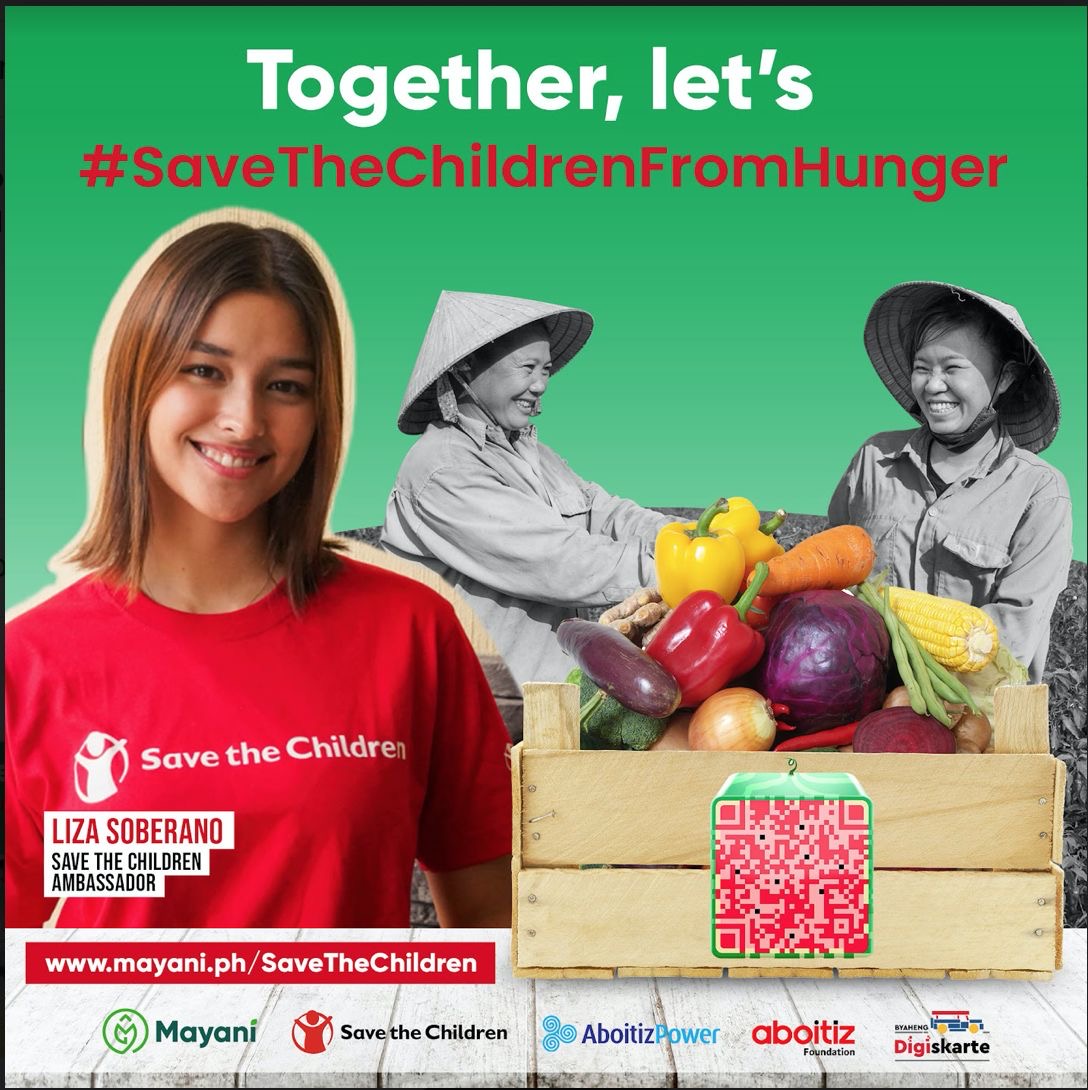 In line with the National Children’s Month and its theme of “New Normal na Walang Iwanan: Karapatan nang Bawat Bata ating Tutukan,” Save the Children Philippines –  part of the world’s leading independent children’s organization – affirms its commitment to tackle one of the most fundamental issues affecting the Filipino children: hunger.

During the pandemic, involuntary hunger is prevalent among 4.8 million families, or at least 8 million children in the country. Since one of the children’s rights is the right to basic needs, including a balanced diet, the circumstances around hunger indicate that this basic child right is not yet met.

By joining hands with homegrown farm-to-table platform Mayani and the Aboitiz Group’s social arm Aboitiz Foundation, Save the Children expanded its ecosystem of “Save the Children from Hunger” campaign proponents through an online giving drive to counter under-nutrition while also empowering our Benguet smallholder farmers.

“One of the causes of hunger among children is their lack of access to a nutritious diet, and this campaign helps address this gap by also supporting smallholder farmers, one of the pillars of our country’s food security.  By ensuring that food supply, particularly rice and vegetables, quickly reach poor families at reasonable prices, our team-up with Mayani and Aboitiz lessens hunger among children,” said Naida Pasion, Chief Business Development Officer of Save the Children Philippines.

Over 500 nutritional boxes have been digitally donated via the Mayani platform so far since the kickoff last October, and the outpouring of support still continues. The food components will be sourced to the Aboitiz-assisted farmers in Bakun, Benguet through a market-directed social procurement process, then the boxes will be delivered by Mayani to the target communities of Save the Children under the objective of “no children goes to bed hungry and learns at home hungry.”

Mayani has been building sustainable smallholder agri-value chains in the country through its grassroots network of over 70,000 rural farmers across four regions: Ilocos, Calabarzon, the Cordilleras, and Cagayan Valley. It deepened its community engagement in Benguet Province by onboarding the farmers in Barangay Sinacbat – a community capacitated by AboitizPower subsidiary Hedcor.