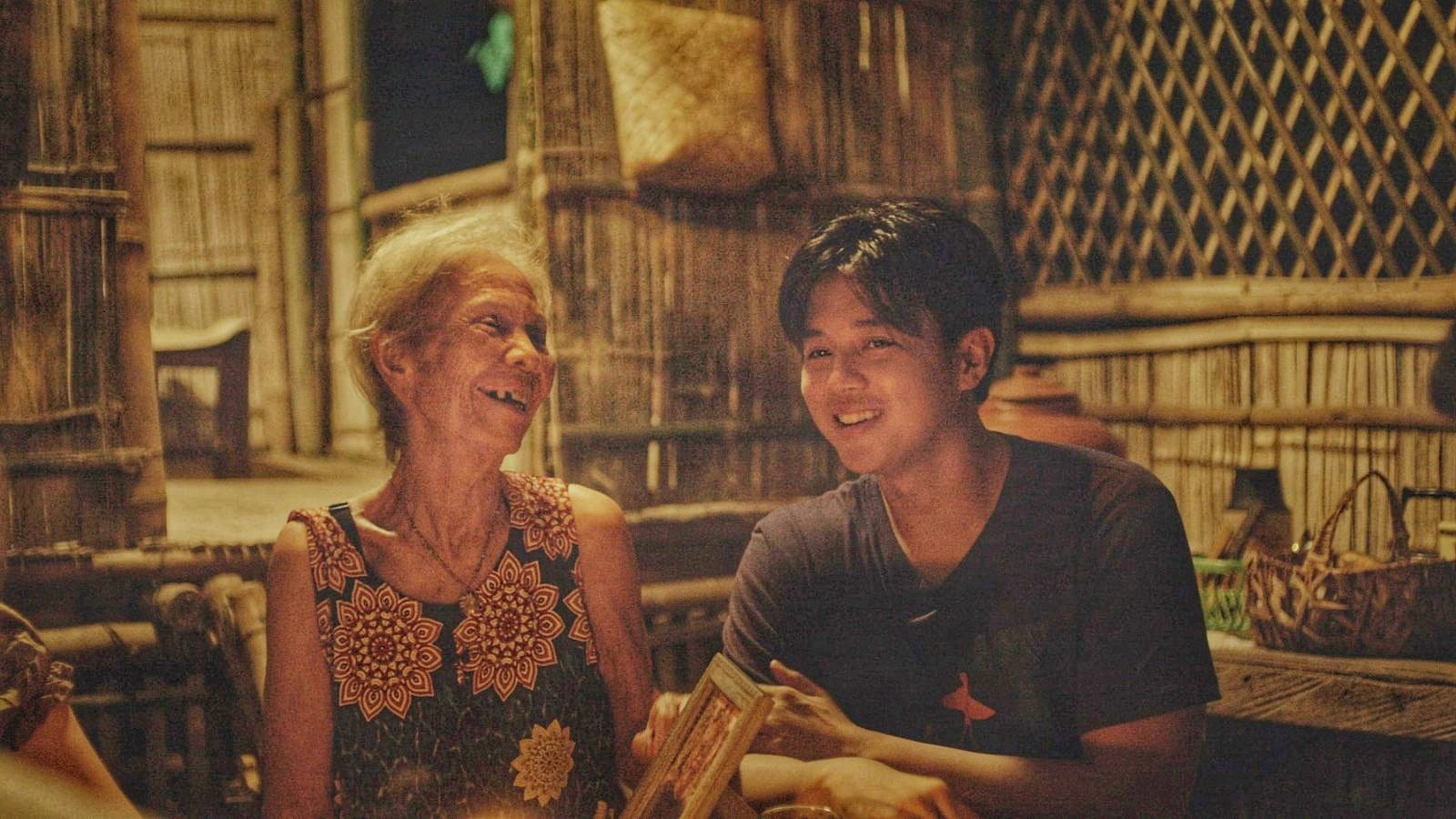 This made possible with the collaboration of our country’s leading production studios like Viva, ERJ Found Films, Black Cap Pictures, and Changhe Films, the latest lineup opens Netflix members to a world of diverse storytelling from the Philippines.

In the statement of Raphael Phang, Manager of Content Acquisition at Netflix, “We are constantly amazed by the creativity of storytellers and the quality of talent coming out of the Philippines.”

“The Filipinos are avid entertainment fans, so at Netflix we are committed to bringing the best stories locally and from around the world to our members here,” Phang added.

Meanwhile Liza Diño, Chairman and CEO of the Film Development Council of the Philippines (FDCP). said, “With the world’s inevitable shift to digital platforms for content, it is reassuring that Netflix gives us a showcase of Filipino titles for more audiences and markets to have access to.”

“Of the five films that Netflix will be releasing, we at the FDCP are excited for the inclusion of  ‘Lola Igna’, a heartwarming film from our very own Pista ng Pelikulang Pilipino which won Best Picture, and the multi-awarded 2016 film ‘Pamilya Ordinaryo’ (‘Ordinary People’) which is one of our Cine Lokal hits when it screened in theaters and a winner in Venice Days of the Venice International Film Festival. This growing slate of Filipino content on Netflix is a true reflection of the diversity of what Philippine Cinema has to offer. And Netflix giving space to more Filipino films is an affirmation that the Philippines has the potential of globalizing its local market”, the Chairman and CEO of FDCP added.

These films follow the success of other Pinoy titles on Netflix, including Eerie, The Girl Allergic to Wi-Fi, and Miss Granny, which were among the top ten most popular titles in the Philippines in 2019, as well as the December 2019 release of Filipino Netflix Film Dead Kids by award-winning director Mikhail Red.

“I feel very grateful as a filmmaker that my work has reached audiences all around the world thanks to Netflix,” said Director Mikhail Red.

“It is my goal to use storytelling and genres to get my message across, entertain, and engage people at the same time. Netflix has granted me the perfect platform to connect with an audience anytime and anywhere. Even my older film, ‘Birdshot’, which has been on Netflix for three years is still getting fresh reactions online from viewers seeing it for the first time.”

Below are the five Pinoy films coming to Netflix starting June: 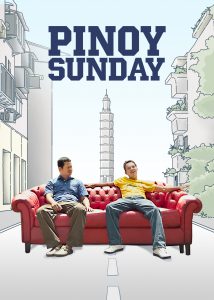 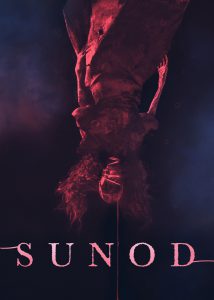 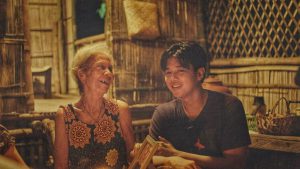 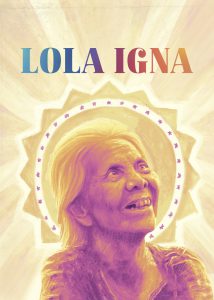 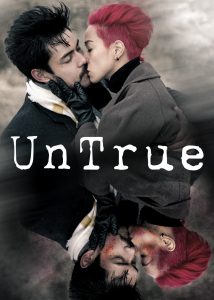 PINOY SUNDAY (Changhe Films Ltd)
Synopsis: Inspired by a 1958 Roman Polanski short, this lighthearted examination of modern life in Taipei follows two Filipino immigrants, Manuel and Dado, during their day off from work, when the chance discovery of a discarded couch leads to adventure.
Director: Widing Ho
Cast: Bayani Agbayani, Jeffrey Quizon, Nor Domingo, Dave Ronald Chang, Meryll Soriano, Alessandra de Rossi
Release date: June 5, 2020
Quote from the Director: “I never thought the feature debut I made ten years ago can have a second life and finally get shown to the Philippine audience, thanks to Netflix. It is a tremendous honor to have my second movie after ‘Cities of Last Things’ to be included on a platform that has done so much to promote filmmakers’ works from around the world to a global audience. I am lucky to be part of the family.”

SUNOD (Black Cap Pictures Inc)
Synopsis: As the medical expenses for her daughter stack up, a mother takes a demanding call center job where the building’s sinister secrets begin to haunt her.
Director: Carlo Ledesma
Cast: Carmina Villarroel, Mylene Dizon, JC Santos, Kate Alejandrino, Krystal Brimner, Rhed Bustamante, Susan Africa
Release date: June 14, 2020
Quote from the Director: “Having Sunod screen theatrically during the 2019 Metro Manila Film Festival was an incredible experience, and now I’m excited for the film to find a new audience online, especially on Netflix, which has the best streaming. Speaking on behalf of myself and my crew, we took great pains to make the movie look and sound good, so it’ll be a rush to see it stream in high quality.”

LOLA IGNA (ERJ Found Film Production Co.)
Synopsis: An elderly woman finds her life disrupted when her family and village realize she has a chance at a world record for being the oldest grandmother alive. (Lola Igna was awarded Best Picture, Best Screenplay, Best Musical Score and Best Actress at the 2019 Pista ng Pelikulang Pilipino Awards Night)
Director: Eduardo W. Roy Jr.
Cast: Angie Ferro, Yves Flores, Meryll Soriano, Maria Isabel Lopez, Royce Cabrera, Jojo Riguerra, Armando A. Reyes
Release date: June 18, 2020
Quote from the Director: “I felt flabbergasted when I got the news from Netflix that the team loved my film, not just one but two of my films. I’m personally thankful to Netflix for introducing ‘Lola Igna’ and ‘Ordinary People’, to a larger audience, not only in the Philippines but to the whole world. Now my films can be easily accessible anytime, and anywhere around the world.”

UNTRUE (Viva Communications, Inc.)
Synopsis: Mara moves from the Philippines to the country of Georgia, where she meets a mysterious man, Joachim. They develop feelings for one another until Joachim claims to hear peculiar sounds and see visions of a strange woman.
Director: Sigrid Andrea Bernardo
Cast: Cristine Reyes, Xian Lim
Release date: June 22, 2020

To make this Independence Day even more special, Jo Koy: In His Elements, will premiere globally on Netflix on June 12, 2020. For the first time ever, comedian Jo Koy takes Netflix to the Philippines in his new special, Jo Koy: In His Elements.  Koy celebrates his heritage by telling jokes about life as a Filipino-American while highlighting the culture of Manila. Koy uses this opportunity to shine a light on other Filipino-American performers by welcoming to the stage famed breakdancer Ronnie, Grammy-winning producer !llmind, singer/songwriter Iñigo Pascual, and comedians Andrew Lopez, Joey Guila, and Andrew Orolfo