PH will get more FDI with approval of urgent economic bills 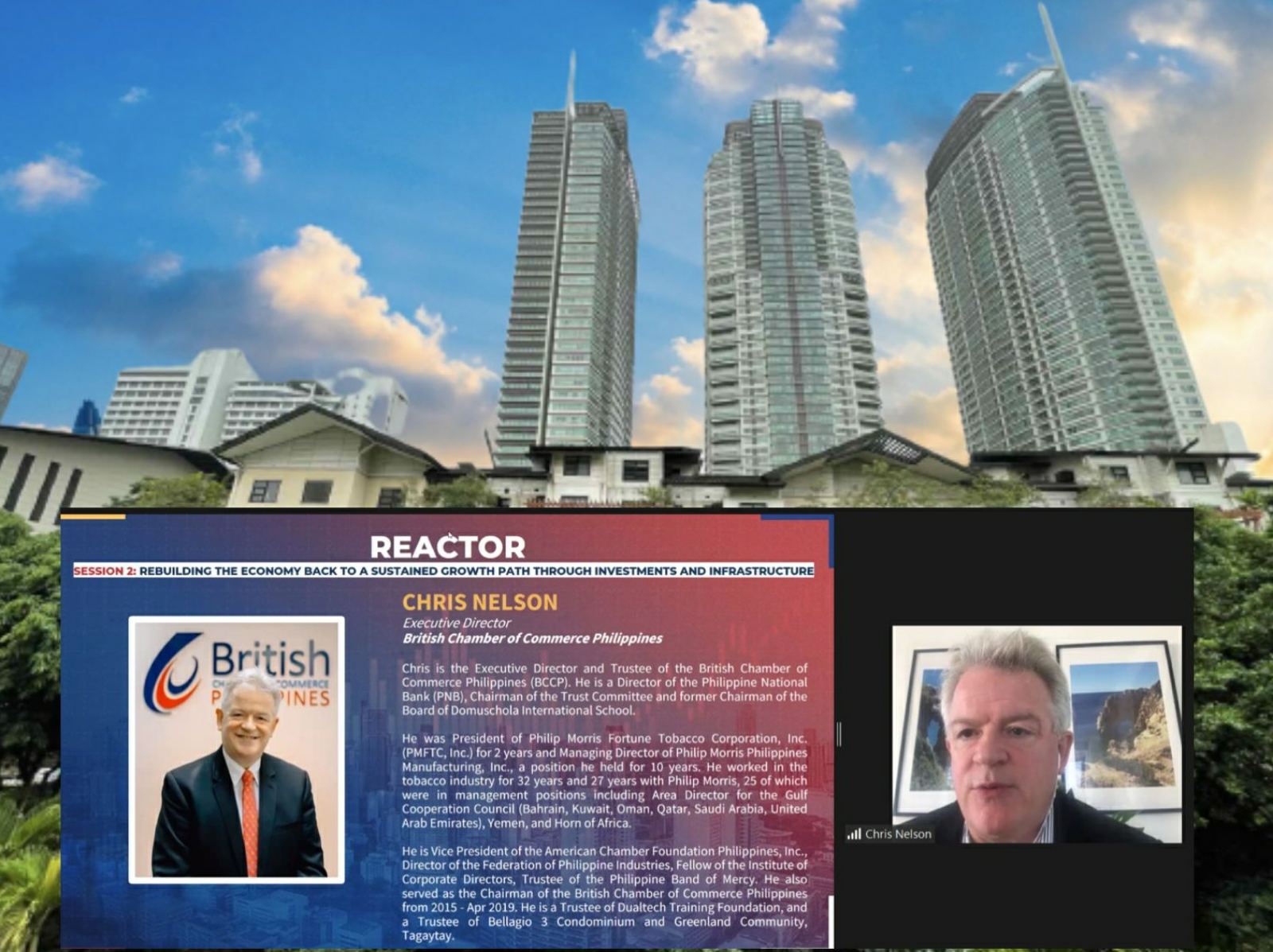 In photo: Chris Nelson, Executive Director and Trustee of the British Chamber of Commerce Philippines during the Philippine Economic Briefing for Foreign Chambers of Commerce as a reactive panelist in Bangko Sentral ng Pilipinas (BSP) event.

As the country traverses its second year battling the pandemic and hope to achieve the much needed economic rebound, Chris Nelson, Executive Director and Trustee of the British Chamber of Commerce Philippines took part in the Philippine Economic Briefing for Foreign Chambers of Commerce as a reactive panelist in Bangko Sentral ng Pilipinas (BSP) event.

Nelson noted that the event paved the way for economic policymakers to dialogue with members from the foreign chambers being one of the most active groups wooing investors from their respective countries to invest in the Philippines and tackle other key economic and investment issues.

With the theme, “Reset, Regain, Revitalize: The Philippines’ Resurgence as an ASEAN Economic Powerhouse”, the event provided updates to members of foreign chambers on the Philippine government’s initiatives to accelerate recovery and build a better post-pandemic economy.

During the presentation, Secretary Lopez cited the Philippines’ net FDI is picking up year-to-date (January-August 2021) at USD 6.4 billion, 39.7 percent higher than USD 4.6 billion recorded for Jan-Aug 2020.

Nelson said “It’s good to see the fact that the Philippines moved up in FDI and we’d like to see it going even higher and that’s why we think it’s very important for these [economic] bills to be passed.”

The British Chamber is a strong supporter of further liberalizing the economy. It has been calling the Congress to swiftly approve and pass the amendments on Retail Trade Liberalisation Act, Public Service Act and Foreign Investment Act to unlock additional opportunities.

More importantly, interest from UK investors remains high as the Chamber wishes for a more investment-friendly environment placed in the country.

In line with this, Chris Nelson reiterated the importance of the passage of the priority bills, saying that, “That [these] will set a great tone and I think that also allows chambers such as the British Chamber to promote [the amendments] extensively.”