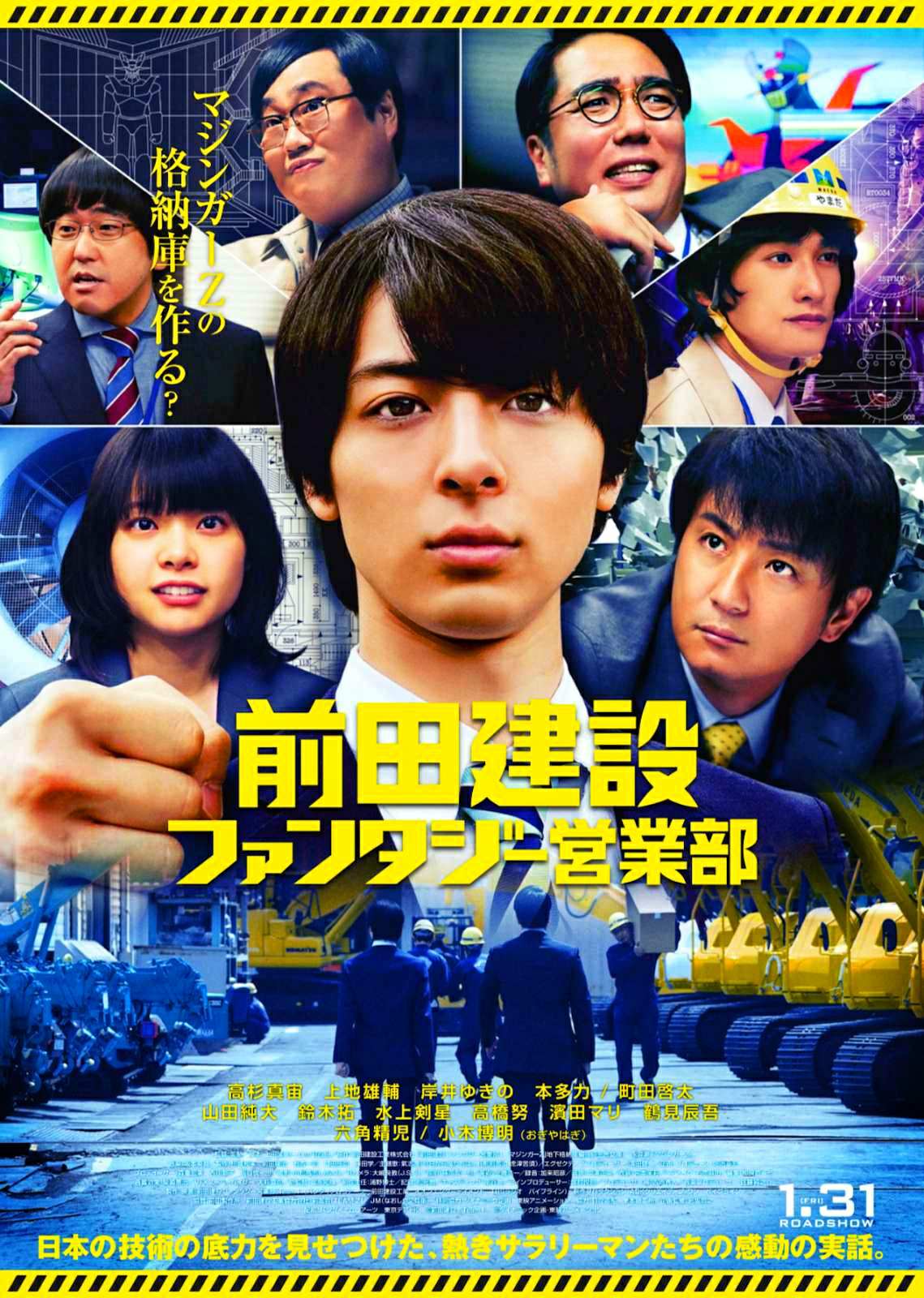 For those who were born in the years the 60s, 70s, and 80s, there were several famous Japanese cartoons that glued many Filipino people as they expected another exciting robot show from Japanese creators that were perfectly programmed at 5:30PM just after school time.

Hence, the Japanese animation shows captured the hearts of the young Filipinos and the fandom was slowly formed, albeit informally in the schools, family, and community. And in the minds of the young generations back then, their body-clock knew when each robot show will be shown.

In the recent development, the Japan Foundation, Manila kicks off its first digital edition of the Japanese Film Festival (JFF) with a drive-in cinema experience at the SM Mall of Asia with an ode to a manga and anime classic.

Festival opening film Project Dreams – How to Build Mazinger Z’s Hangar 前田建設ファンタジー営業部 (2020, 115 mins) follows the journey of Maeda Corporation’s fantasy marketing department on a mission to make the impossible possible and challenge the boundaries between reality and fiction.

Will they be able to appease the fans and hit their business goals at the same time? Catch the 3-Days Special Screening of this workplace comedy on November 20 to 22, 6:00 pm at the SM CINEMA Drive-in at the Mall of Asia Complex, Pasay City for answers! Tickets are available at Php100 each via SM Tickets’ portal https://smtickets.com/sm-drive-in-cinema.

The film, which is coincidentally based on real-facts wherein the firm Maeda Corporation exist and does the file on Mazinger Z Hangar is directed by HANABUSA Tsutomu. He is known by regular JFF viewers by his film Kakegurui 賭ケグルイ, which was voted as one of the festival’s fan favorites in 2019. The cast includes TAKASUGI Mahiro, KAMIJI Yusuke, and KISHII Yukino, with a screenplay by UEDA Makoto

This screening is part of the JFF Plus: Online Festival, made possible by festival partners: JTI International, Philippines, Film Development Council of the Philippines, the Embassy of Japan in the Philippines and SM Cinema.

Visit the newly-launched JFF Plus website (https://watch.jff.jpf.go.jp) to watch the rest of the films from November 20-29 at the comfort and safety of your own homes. Follow the official Japan Foundation Manila website and social media pages for updates and full screening schedules.