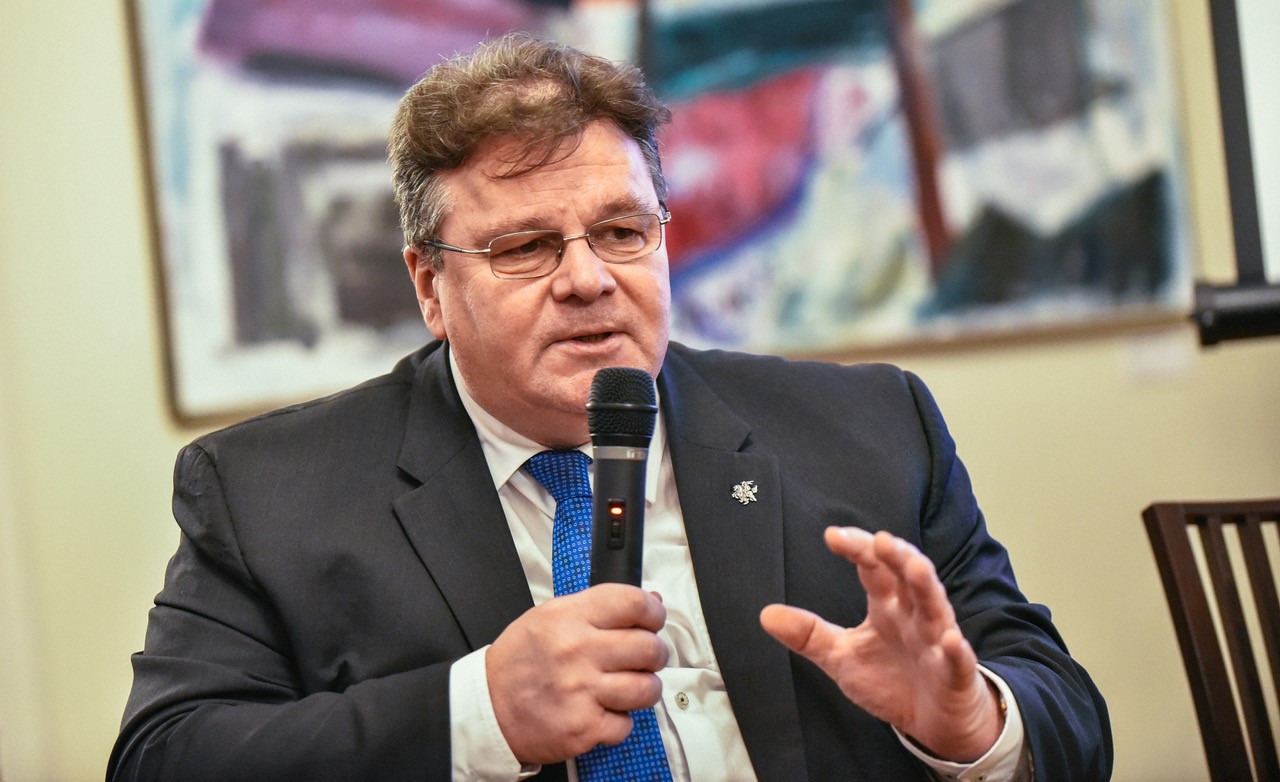 Flying in thousands of migrants from the Middle East to Minsk and trying to smuggle them from Belarus across EU’s eastern border is nothing more than yet another hybrid operation orchestrated by Russia, this time to put European solidarity to the test. Lithuania and Poland are standing up to this test with the support of other EU member states.

Nations should have the right to independently determine their fate and their future. Belarus is not a country like that and its dependence on Russia has been growing deeper each month since August 2020. Moscow’s aim is to work with Minsk to establish the so-called Union State. In addition, Belarus is becoming a military training ground for Russian hybrid operations such as the hijacking of the plane flying from Athens to Vilnius in May 2021 which Lukashenko must have coordinated with the Kremlin. Much the same applies to the migration crisis generated on Belarus’s border with Poland, Lithuania and Latvia during which Minsk has used migrants as a weapon in hybrid warfare.

By sparking the crisis with the use of Belarus, Russia wants to put pressure on the entire Central and Easter Europe, a region it refers to as the “near abroad”. It also employs other methods. The Crimean peninsula was annexed from Ukraine and attempts were made to destabilise the situation in Donbas. Our response capacity was tested by the engineered migration crisis in Lithuania. Tensions can rise at any moment in Moldova where Russia controls Transnistria, the Moldovan region that was separated from the country to become a frozen conflict area, a typical element of Russian strategy. Once the government in Moldova changes into one that will favour an openly pro-Western course, we cannot exclude that Russia will defreeze the conflict to make life more difficult for the new authorities.

The attack on EU’s eastern flank means that Poland and Lithuania are in the same boat, notably when it comes to ensuring security of not only their own countries, but also, in the spirit of solidarity, of Europe as a whole. From the perspective of NATO’S or USA’s military planning Poland and the Baltic states are part of the same region. This only makes cooperation between our countries something natural, including in the energy sector as regards the construction of interconnectors, to name just one aspect. It is clear that we share strategic interests in many areas which is a very pragmatic reason for developing a closer partnership.

Besides common threats and interests Poland and Lithuania also share their history. It has not always been easy, but even so we should try and look back on the things that bring us together rather than divide us. Especially that it seems to be in our nations’ mutual interest to be working together. This is apparent in the case of projects such as the Lublin Triangle which was launched by Lithuania, Poland and Ukraine in 2020. As the then Foreign Minister of Lithuania I personally signed the document bringing the initiative to life. The project refers to our common roots, namely the traditions of the Polish Crown and the Grand Duchy of Lithuania.

The Commonwealth that existed between our states for hundreds of years spurred our political, economic and cultural development. It is worth remembering this legacy and look to it for inspiration on how we can keep growing together in solidarity. For us, it is an important symbol and an example proving that we all stand to gain from pragmatic cooperation. At the same time, we need to be careful not to leave Belarus out. Ultimately, the country should have the prospect of joining the Lublin Triangle where it belongs from a historical point of view. Such a structure would only strengthen this region of our shared Europe.

Text published in the monthly Wszystko Co Najważniejsze (Poland) as part of a historical education project with the Institute of National Remembrance and Narodowy Bank Polski (Polish Central Bank).