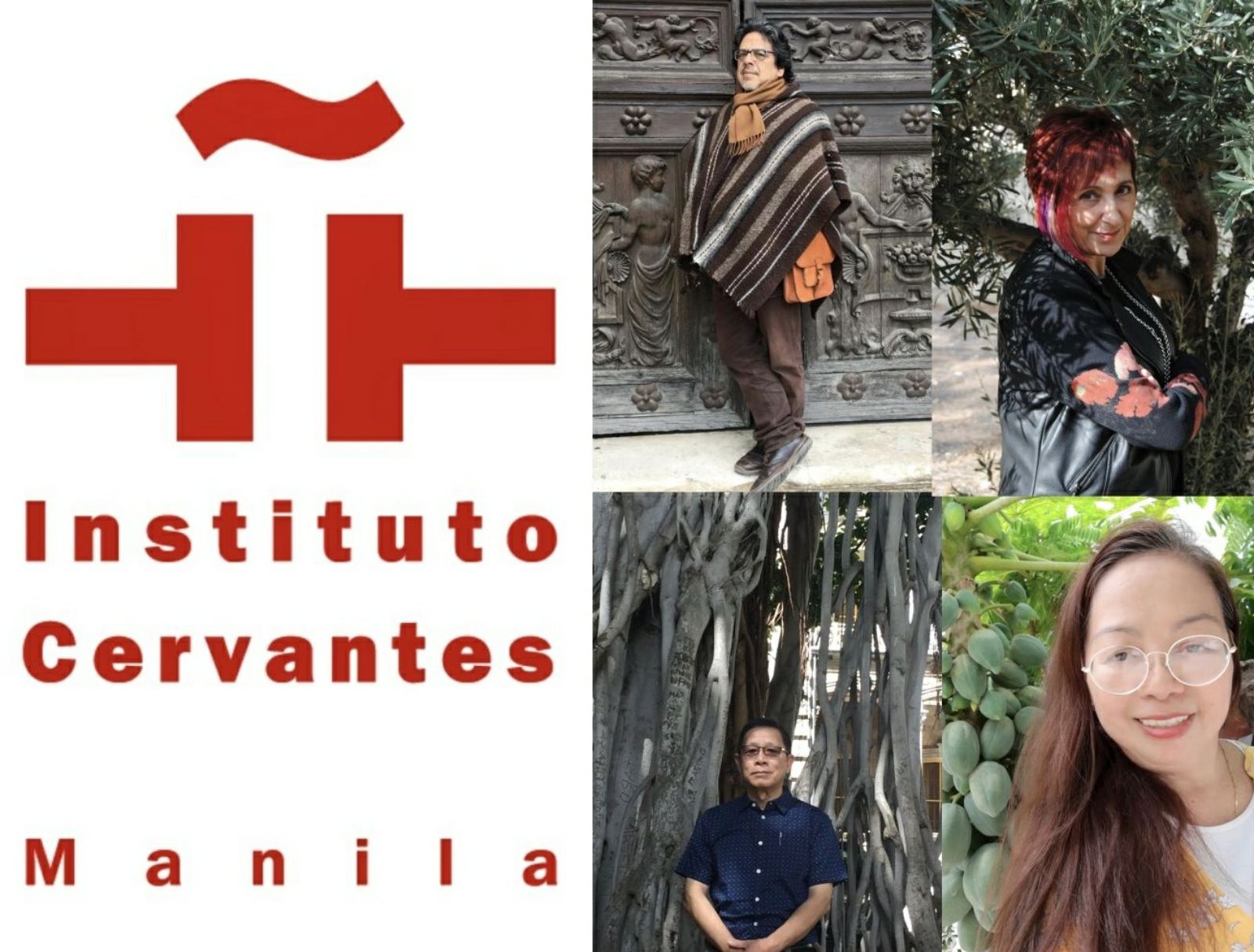 On Wednesday, September 9, 2020, the Instituto Cervantes centers in Madrid, Manila, Beijing and Shanghai will present “Extraterritorial”, a webinar on Literature. At the event, the writers Elia Barceló (Spain), Daisy López (Philippines) and Siu Kam Wen (Peru) will talk about their literary relationship with the Spanish language, as authors who reside and produce their literary work in countries with other linguistic realities. The discussion, moderated by the Peruvian writer Fernando Iwasaki, will be conducted in Spanish with simultaneous translation in English and Chinese.

This is a discussion about writers who developed their literary career in a language other than the mother tongue or the official language of the countries where they are living. Classics like Conrad, Beckett, Nabokov, or Kundera, among others, migrated in their literary production from their mother tongues to other languages. This tradition of exophone writers has increased in recent years, for various reasons. In this discussion, moderated in Spanish by Fernando Iwasaki, three writers who have chosen to embark on a literary production in Spanish will exchange views on how their “border” condition influences their respective works.

The moderator of the discussion, Fernando Iwasaki, is a Peruvian writer and historian. Born into a family with multiple roots (Japan, Ecuador and Italy). He worked as a University professor in Peru. Since 1989 he has been living in Sevilla, Spain. Iwasaki has published more than 20 volumes of fiction and non-fiction. He contributes regularly to various newspapers and magazines. His works have been translated into half a dozen languages, including Russian, English, French, Italian, Romanian and Korean.

Spanish writer Elia Barceló has lived in Austria since 1981, where she was a professor of Hispanic literature and studies at the University of Innsbruck until 2017. Except for a few publications in English and German, all her works – thirty novels, a literary essay, articles and more than sixty stories – have been written in Spanish and later translated into nineteen languages. “I am my thoughts. My thoughts are made of words and those words are the ones I learned in my childhood, in my country, in Spanish; They are my mother tongue, an inalienable treasure. ”

Filipina poet Daisy Lopez, a Spanish & Italian professor at the University of the Philippines, has written poetry in Spanish that was published in Spain, in Argentina and in the Dominican Republic. She is a member of the Academia Filipina, corresponding to the Royal Spanish Language Academy.

Siu Kam Wen (Xiao Jinrong) was born in Zhongshan, Guangdong, China, in 1950, but grew up in Lima, Peru, where he learned to speak and write in Spanish. He has published the collections of short stories El tramo final, a landmark in the history of Peruvian literature, and La primera espada del imperio; and the novels La estatua en el jardín, El furor de mis ardores, La vida no es una tómbola, El verano largo and Viaje a Ítaca. Two of his books have been translated into Chinese and are awaiting publication in 2020. He has been living in Hawaii since 1985.

The online discussion, presented by Instituto Cervantes de Manila in collaboration with Instituto Cervantes centers in Madrid, Beijing and Shanghai, and the Embassy of Spain in the Philippines, will be conducted on the Zoom platform in Spanish, but simultaneous translation in English and Chinese will be provided. The audience will be able to interact with the speakers by submitting their questions during the event. Admission is free on a first-come, first-served basis.  To access the webinar please click here: https://zoom.us/j/91563161528

For further information and updates on this event, please check out http://manila.cervantes.es or Instituto Cervantes’ Facebook page:  www.facebook.com/InstitutoCervantesManila