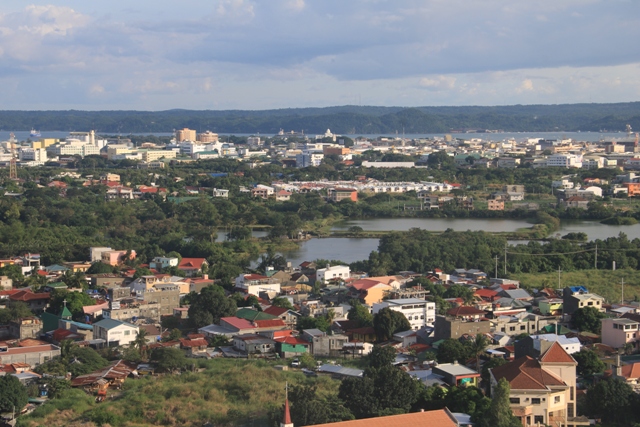 Despite the global coronavirus pandemic infrastructure developments in the West Visayan province of Iloilo continues which is part of “Build, Build, Build” project of the government.

Finance Secretary Carlos Dominguez III said that even before the health crisis triggered by the global spread of the lethal COVID-19, Visayas has already become a major growth center and contributor to the overall economy as a result of the rapid growth of various sectors in the region resulting from massive state investments in infrastructure.

“As we ensure financing support for our enterprises, our bounce-back strategy centers on sustaining the ‘Build, Build, Build’ program. Investing in sound infrastructure has the largest multiplier effect in the economy. It creates jobs, fires up consumption, and spurs productive activity,” Dominguez said in his opening remarks during a webinar hosted by the Iloilo Business Club (IBC) via Zoom.

Among the notable infrastructure investments in Iloilo are the expansion projects in the Port of Estancia and the Iloilo Commercial Port Complex that were inaugurated by the Department of Transportation (DOTr) in June this year, Dominguez said.

These strategic projects will address, he said, the local and foreign shipping demands in the country and boost regional inter-connectivity.

Dominguez pointed out that as the nation continues to fight COVID-19, it also has to rebuild the economy not just to return the country to the path of sustained and high growth but also as a condition to ensure public health.

“We cannot fight a pandemic with a weak economy; nor can we restore economic vigor without solving the public health crisis. The health of our people and the strength of our economy are mutually reinforcing,” Dominguez said.

As the government prepares the economy to recover from the impact of the pandemic, Dominguez called on the business community to “return to the economic frontline by innovating operations and taking advantage of digital technologies for the new economy.”

“We have a future to win,” Dominguez said.

“We are not taking the threat posed by the COVID-19 pandemic lightly. The government is handling this crisis in a prudent and decisive manner. The legislature passed fiscally responsible measures that we can implement within our means,” he added.

Dominguez thanked the Senate and the House of Representatives for approving and ratifying a “fiscally responsible” Bayanihan to Recover as One or Bayanihan 2 bill, which was signed last week by President Duterte into law (Republic Act or RA 11494).

Among the key features of Bayanihan 2 that will help struggling businesses get back to their feet is the extension of the carry-over period for net losses in 2020 and 2021 from three to five years for non-large taxpayers, Dominguez said.

This provision will allow businesses to deduct incurred losses from tax payments for a longer period, giving them more time to set their finances in order, he said.

The infusion of capital into government financial institutions (GFIs) under Bayanihan 2 will allow these state-run firms to provide more assistance to micro, small and medium enterprises (MSMEs)  which will have a large multiplier effect in economic activity,  given that every peso infused into our GFIs will generate around 10 times its value in credit, Dominguez said.

He said the additional capital generated from this GFI infusion will be used to protect the productive parts of our economy.

Bayanihan 2 also provides funds to hire thousands of contact tracers and to support medical workers as well as to purchase safe and effective vaccines when they become available, Dominguez said.

He said signs of economic recovery are now emerging in the manufacturing sector and merchandise trade, along with increases in tax collections.

The slight easing of mobility restrictions has also been very encouraging for the labor market, he said, with the unemployment rate in July dropping to 10 percent from a high of 17.7 percent in April, when strict lockdowns were still in place.

“Improvements in our employment numbers and other economic indicators will depend on how we will continue to ease mobility restrictions. We need to open up the additional modes of public transportation that strictly adhere to health standards so that our people can get back to work,” Dominguez said.

“No one really knows how long this public health crisis will persist. The best-case scenario is the widespread availability of a safe and effective vaccine by the middle of next year. Even then, we are not sure how quickly this will contain infections,” he added.

Dominguez said the government will continue to work with Congress on the Duterte administration’s economic priority bills that will make more support available for businesses, workers and families as soon as Congress passes them.

These include, he said, the proposed 2021 national budget; the proposed Financial Institutions’ Strategic Transfer (FIST) Act, which will allow banks to dispose of bad loans and non-performing assets (NPAs) through asset management companies; and the Government Financial Institutions’ Unified Initiatives to Distressed Enterprises for Economic Recovery (GUIDE) bill, which seeks to allow state-run banks to form a special holding company that will infuse equity, with strict conditions, into strategically important companies facing insolvency.

Dominguez said a law that will provide greater support to the agriculture sector by increasing credit access to the whole agricultural value chain and the proposed Corporate Recovery and Tax Incentives for Enterprises Act (CREATE), complete the list of priority measures that the Congress needs to pass swiftly to ensure the country’s speedy and strong recovery from the prolonged health emergency that has battered the global economy.

He pointed out that CREATE will immediately lower the corporate income tax (CIT) rate from 30 to 25 percent once made effectively and will enhance the flexibility and efficiency of the incentives system for businesses.

Dominguez said the Duterte administration is likewise committed to pursue the remaining packages of the Comprehensive Tax Reform Program (CTRP) pending in the Congress that will lead to a simpler, fairer and more efficient tax system in the country.