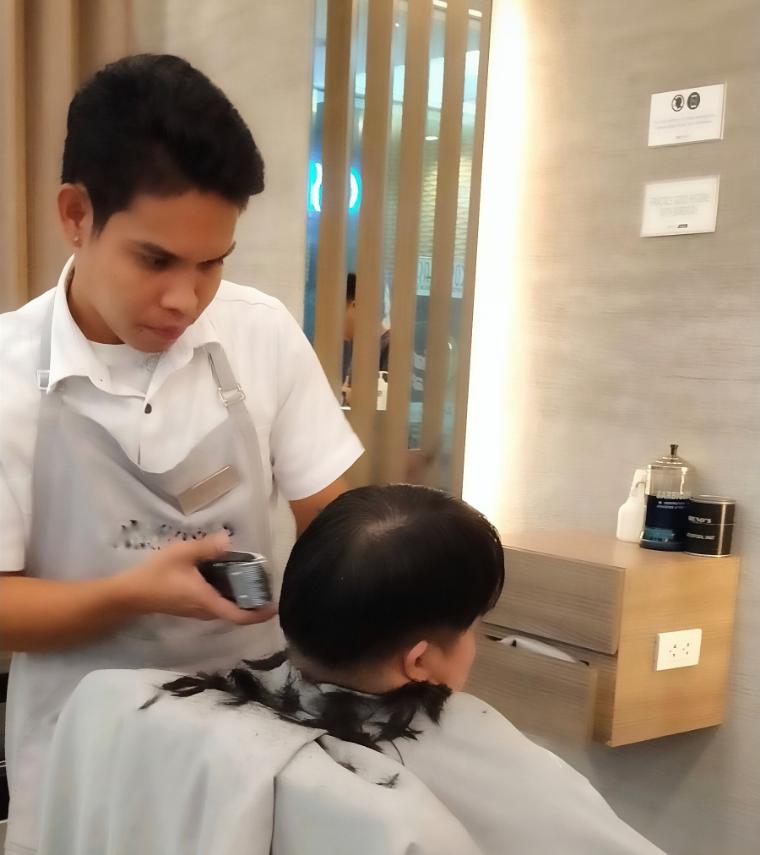 In photo, a customer having a haircut at a barbershop in Gateway Mall, Cubao, Quezon City (Photo from THE-PHILBIZNEWS)

With some businesses are allowed to operate under the modified enhanced community quarantine (MECQ), the government through the Department of Trade and Industry Secretary Ramon Lopez and National Task Force (NTF) against COVID-19 Chief Implementer Secretary Carlito Galvez conducted an inspection of health and safety protocols demonstrations of three salons and barbershops, as well as how a dine-in operation can be implemented the health protocol.

Currently, the government is looking at the possibility of implementing the general community quarantine (GCQ) which means more business establishments will be opened. But this is still under evaluation and subject for the final decision of IATF based on the recommendations of lead agencies.

Yesterday, May 24, the two Secretaries visited these establishments to inspect their plans on how to implement the health protocols and show if they can be well-equipped to reopen, considering the close contact between barbers and customers.

In the statement of DTI Secretary Lopez sent to THEPHILBIZNEWS, the Trade Chief said,  “The Inter-Agency Task Force (IATF) recognizes that salons and barbershops employ over 400,000 people. While we want for them to reopen in the General Community Quarantine (GCQ), we also need to take into consideration the pressing concern that this industry, which may cause further transmission, should institute strict measures to prevent such risks of passing infection.”

“This is why we requested a demo so that Sec. Galvez and I could see how they are able to implement additional health protocols. The IATF stresses the importance of balancing the health of the people and the reopening of our economy,” Lopez added.

The two officials also surveyed the layout of a fastfood restaurant catering to a maximum 50% capacity to ensure that social distancing measures and the wearing of protective gear are strictly observed.

For his part, Sec. Galvez did not hide his amazement on the preparations being done by the establishments they visited that have systems in place based on the observations and inquiry they conducted during the demonstrations.

“We saw that these establishments even went further and innovated to ensure the protection of their clients and workers. Based on what we will see in the country’s health progress, if deaths and transmissions continue to go down, maybe we can allow some more to open up,” Sec. Galvez explained. 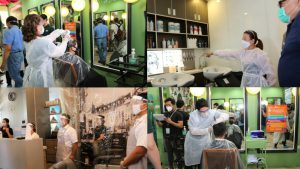 “As Secretary Mon said, we have to balance public safety and the economy. But we will open up based on the reminders of the Department of Health: slowly and little by little,” the COVID-19 Chief Implementer added.

According to the two Secretaries, they will recommend to the IATF an extra set of special guidelines for these sectors and have either an accreditation system or a strict operations audit procedure for the reopening of these establishments.  With a system in place, there can be an earlier-than-scheduled reopening for those that will be prepared.

The NTF Chief Implementer said the accreditation/audit system will be in coordination with DTI, health and safety officials of local government units (LGUs), and the Department of Interior and Local Government (DILG).

Sec. Lopez emphasized, however, that there would be no compromise in the health standards as DTI, NTF, and IATF continue to assist Filipino businesses in restarting their operations.