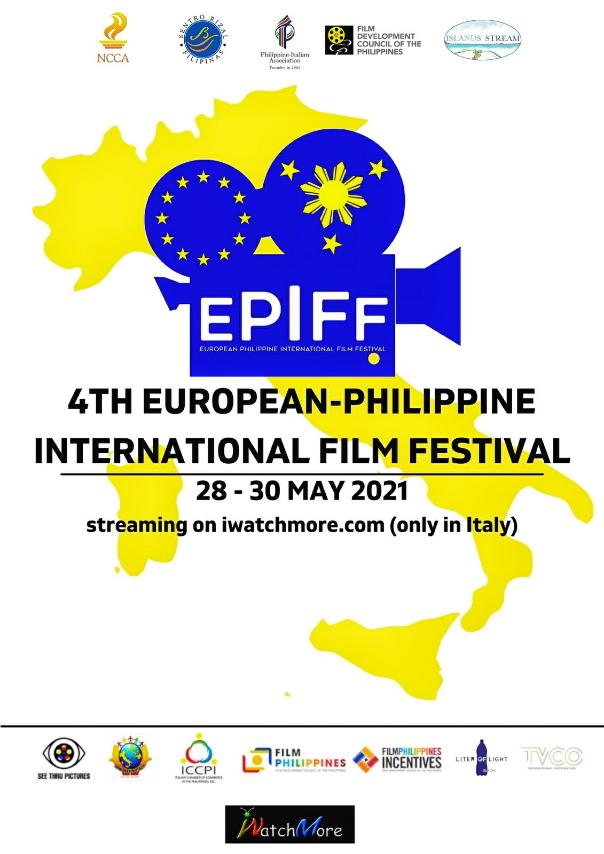 In response to the unprecedented challenges represented by the world pandemic, the past edition of EPIFF marked the transfer of the festival from the City of Florence to cyberspace. The new virtual house of the festival attracted Italian and Filipino film lovers from all over Italy, a much larger audience who were finally able to access the content of the festival. This year, EPIFF makes the choice to remain ONLINE and will present a rich lineup of screening and talks, fully dedicated to the discovery of the best expressions of cinema from the Philippines.

The festival, a brainchild of filmmakers Ruben Soriquez and Maurizio Baldini, produced and organized together with the Film Development Council of the Philippines, the Philippine Italian Association (PIA), See thru pictures, and the Italian Chamber of Commerce in the Philippines (ICCPI), is now joined by the National Commission for Culture and the Arts and its Sentro Rizal cultural centers in Milan and Rome. Furthermore this year the festival will be supported also by Film Philippines Incentives, partner film festivals, TBA Play & TVCO and the partner association OFW watch Italy.

Now in its 4th edition, EPIFF will continue to showcase the burgeoning Philippine cinema scene in Italy, with the intent to promote encountering and discovering of the beauty and complexity of the Philippines, from its diverse cultures and regional languages to its wild, rural landscape, its bustling cities, and lively artistic world.

This year, EPIFF will present a broad selection of films, from shorts to feature films, from contemporary to classics. To better navigate the program, the schedule of screenings will be organized in categories: Contemporary Short Films; CineMarya Women Short Films; Bantayan Film Festival Short Films; Feature Films; Classics; TBA Play & TVCO; Italian Films from the Philippines.

Italian films from the Philippines

From May 28 to 30, the program will be accessible for free on the same indie and classic movie streaming platform used last year: iWatchMore (www.iwatchmore.com).

On Saturday 29, two open forums with Filipino and Italian filmmakers will discuss the topics:

3:30 PM in Rome (9:30 PM in Manila): “Living and Filming in the Philippines” with the Italian filmmakers spotlighted in this year edition: Andrea Capranico, Paolo Bertola, Francesco Conte, joined by Ruben Soriquez and Maurizio Baldini.
Registrations: https://bit.ly/EPIFFLivingandFilminginthePH

The entire program will be accessible, free of charge, without registration, movies will be in the original language with English or Italian subtitles. All Filipino movies will be viewable only in Italy. The three Italian movies in the program will be viewable also in the Philippines. The two talks will be in English and will be open to the public from Italy and the Philippines.