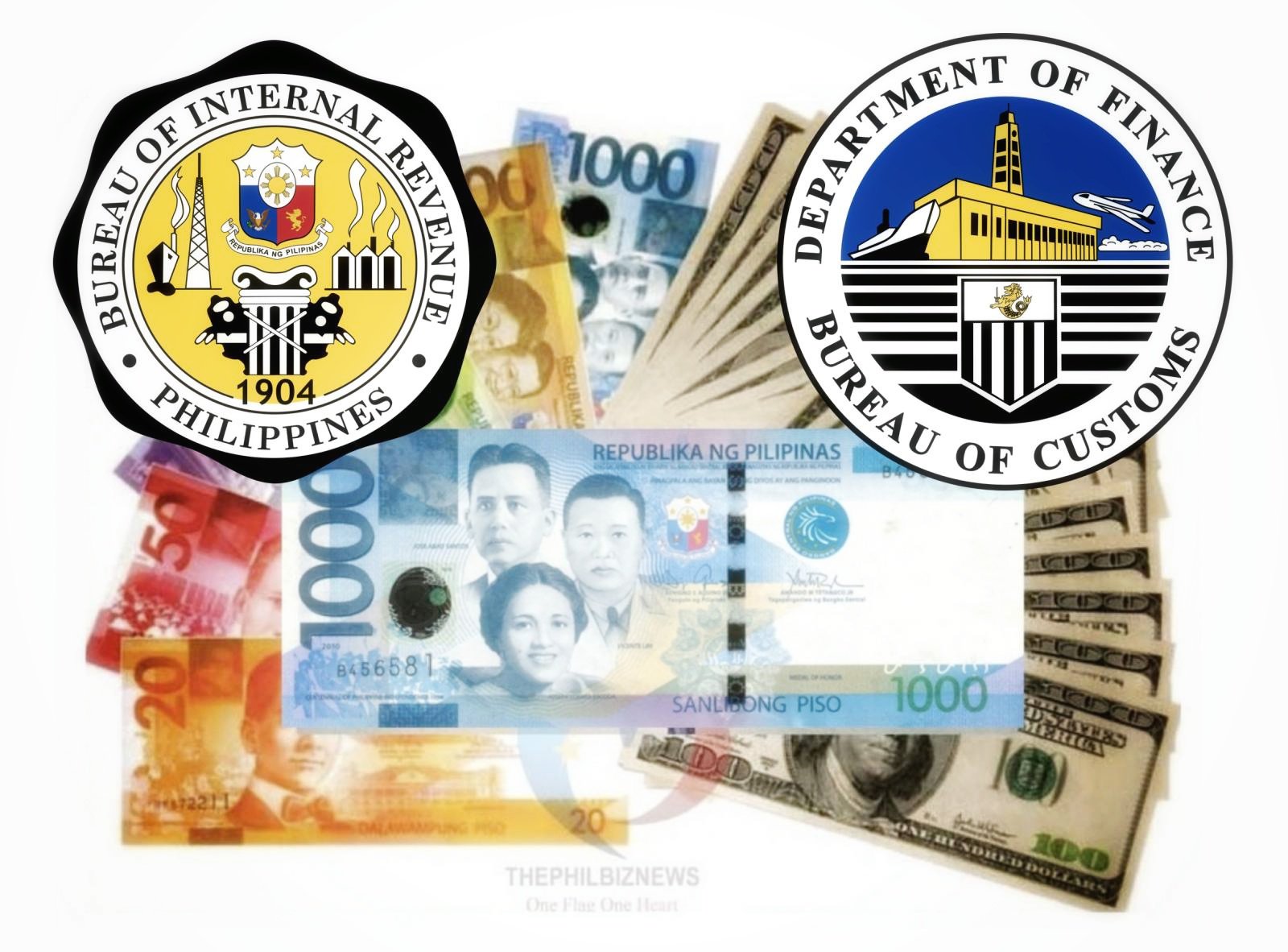 Through their diligence and close cooperation, the Bureaus of Internal Revenue (BIR) and of Customs (BOC) have both surpassed their respective collection goals set by the Development Budget Coordination Committee (DBCC) for 2020, collecting a combined P2.43 trillion despite the severe economic downturn resulting from the COVID-19 pandemic, according to preliminary data from the Department of Finance (DOF).

A report by the DOF’s Revenue Operations Group (ROG) to Finance Secretary Carlos Dominguez III shows the P2.43 trillion collection of the two agencies is P246.39 billion or 11.27 percent over the P2.187 trillion revised target set by the DBCC on July 23 last year.

For 2020, the BIR collected P1.899 trillion, while the BOC reported collections of P533.88 billion, said Finance Assistant Secretary Dakila Elteen Napao of the ROG in his report during a recent DOF Executive Committee (Execom) meeting.

The original combined collection target for the two agencies was P3.255 trillion for 2020 that was set by the DBCC in December 2019.

The target was then revised in May 2020 and again in July 2020  to reflect the economic realities resulting from the pandemic-driven global growth slump.

According to National Treasury Rosalia De Leon, a preliminary report based on cash inflows to the Bureau of the Treasury (BTr) show that total revenues for 2020 have already reached P2.84 trillion, which already includes non-tax revenues, such as collections from dividends, fees, privatization efforts, and BTr income. The preliminary figures on revenues collected by the BIR and BOC are still subject to reconciliation with BTr data.

BIR Deputy Commissioner Arnel Guballa said in a separate report during the meeting that tentative data show the bureau’s excise tax collections amounted to P289.98 billion in 2020, surpassing its target of P285.77 billion for the year by  P4.21 billion or 1.47 percent.

Collections from “sin” products led the pack, with excise taxes from tobacco products totaling P148.45 billion in 2020, followed by alcohol products with P75.94 billion, which both exceeded the BIR-set targets by 6.71 percent and 22.74 percent, respectively, Guballa said.

The excise tax collection target for tobacco products was P139.12 billion and for alcohol products, P61.87 billion, in 2020.

Excise taxes from sweetened beverages of P30.56 billion also exceeded the P28.54 billion target of the BIR for 2020, the report said.

The BIR’s excise tax collections from minerals, automobiles, and cosmetic procedures were also above target in 2020.

Meanwhile, the BOC collected a total of P145.85 billion in duties and taxes from 12.72 billion kilograms (kg) of petroleum products in 2020, preliminary data show.

Including coal and coal products, the total BOC revenues from oil products amounted to P171.07 billion.

Taxes and duties from non-oil commodities such as motor vehicles, telecommunications equipment and food products, accounted for P342.42 billion of the BOC’s total collections for 2020.