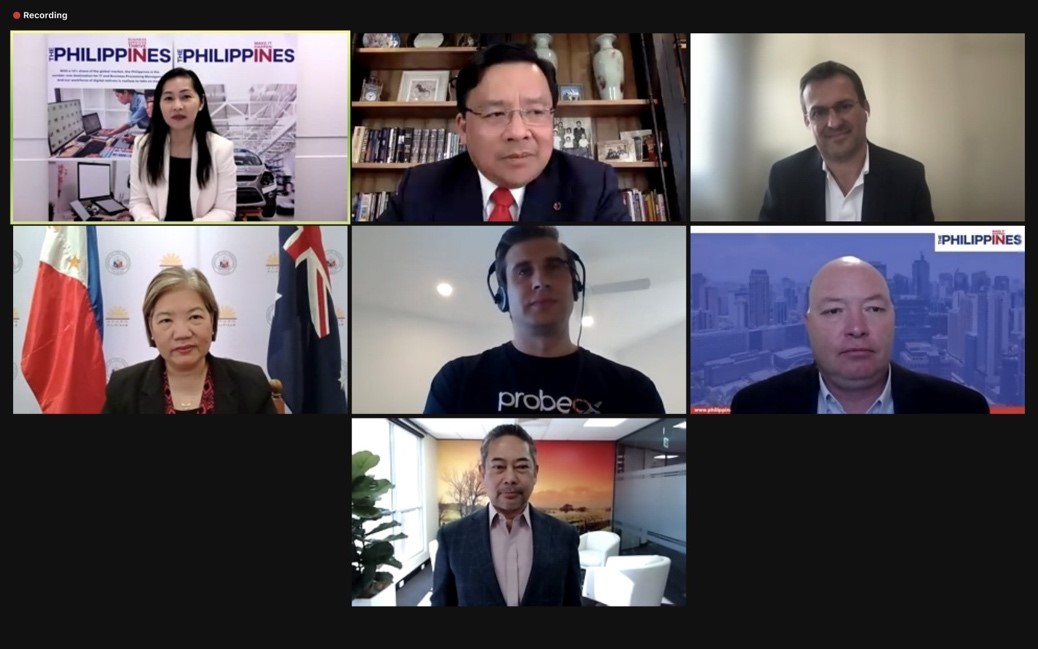 Australian business process outsourcing (BPO) firms in the Philippines are eyeing remote work arrangements not just as a temporary solution to pandemic-related work constraints but as an enduring model for work arrangements, industry executives said during a webinar on September 23.

At the same time, local champions like Monde Nissin, San Miguel Yamamura Corporation and Ramcar have made a name for themselves in Australia, according to Department of Trade and Industry Secretary Ramon Lopez, in a testament to the strong ties between the two nations.

This year, the Philippines and Australia mark 75 years of diplomatic relations. In terms of trade, Australia ranked as the country’s 15th major trading partner at US$1.1 billion, 20th export market, and 15th import supplier in 2020, said Sec. Lopez. It is also the 13th source of approved investments into the country.

“In this light, we hope to strengthen the following Australian investments to our country: IT-BPM, public-private partnership and infrastructure, and shipbuilding, among others,” the trade chief added.

The information technology and business process management (IT-BPM) industry is a core pillar of the Philippine economy. Despite the pandemic, IT-BPM revenues grew 1.4% to USD 26.7 billion and headcount expanded to 1.32 million in 2020, according to the IT and Business Process Association of the Philippines, the country’s IT-BPM industry association.

Probe Group, an Australian customer service management company that started with 15 agents in the Philippines but now counts 8,000 staff across its offices in Manila, Pampanga, Cebu, and Naga, had to engineer a “rapid response” to the first round of lockdowns in 2020.

“Within 72 hours, we had 74% (9250 people) working from home – that was 32 centers across 5 countries. We procured internet service devices in the Philippines and across other countries. We delivered over 2000 laptops and monitors.  But what had happened, fast forward to where we are today, it’s now BAU (business as usual),” said Jarrod Kagan, executive general manager of Probe Group.

In the same way, Anthony Bowers, CEO of BPO firm Tallant Asia, made a case for Cebu as an attractive outsourcing destination, citing the dramatic improvement in the province’s IT infrastructure that enables remote workers to thrive.

“The success and rapid improvement of IT and internet infrastructure was not created in a vacuum. It has come via a well-thought-out policy of government, through structured private-public partnerships in Cebu, like CEDFIT,” he said, referring to the consortium of IT companies and universities focused on equipping graduates with future-ready skills.

For Chris Jankulovski, CEO of full-service BPO firm Remote Staff, the pandemic has shown that remote work can work. Businesses can gain access to a wider talent pool and reduce overhead costs by shifting to remote arrangements, while staff can lead more productive lives.

“I always envisioned that one day there will be a future where there will be local hires and remote hires as side-by-side staffing strategies for every employer. Since it’s remote, there’s nothing stopping it from being offshore, hence the idea that I saw very early on,” he said. Since its founding in 2007, Remote Staff has hired more than 8,000 remote workers for its 3,000 SME clients.

IT-BPM is a priority sector under the Make it Happen in the Philippines investment promotion campaign, together with aerospace, automotive, copper, and electronics. These are pre-identified sectors where the country has a strong value proposition and significant potential for foreign investments.

The webinar was jointly organized by the Philippine Trade and Investment Center in Sydney in partnership with the Australia Philippines Business Council as part of an ongoing campaign to celebrate 75 years of Philippine-Australia diplomatic ties.