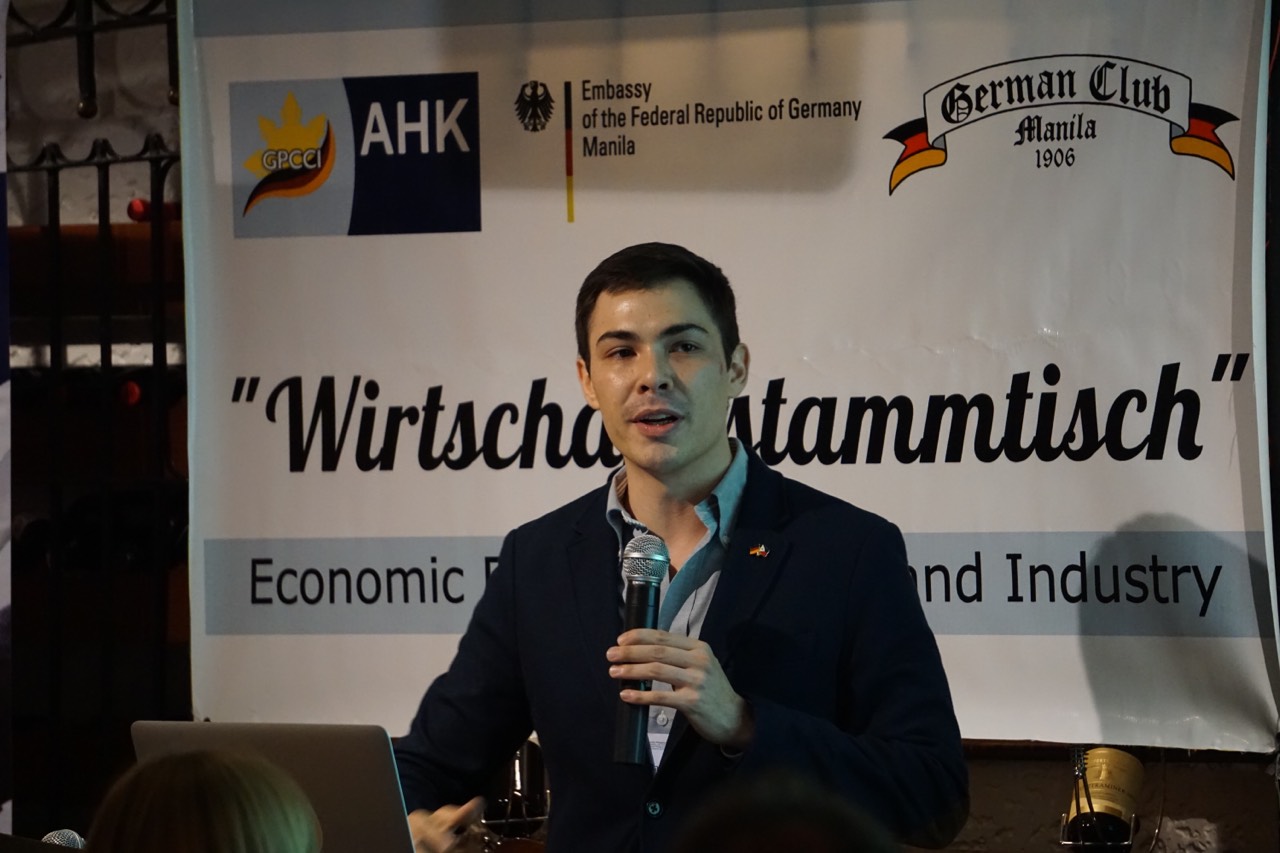 Big business in the Philippines is still concentrated in the hands of a few rich and powerful people. That is according to Samuel Ramos-Jones, director for business development of PSA Philippines Consultancy.

In the August economic forum hosted by the German-Philippine Chamber of Commerce and Industry, Inc. (GPCCI) at the German Club, Ramos-Jones pointed out that the top 40 conglomerates and business families in the Philippines have remained the same in the last 50 years.

Citing results of PSA Philippines Consultancy’s study, he said that the business interests of these 40 conglomerates are mainly centered on real estate, banking, retail and consumer goods, and the power industry.

It was also noted that these families have established connections either because they attended the same school or are later members and officers of the same elite exclusive clubs. This common circle allows them leverage for influence in government, said Ramos-Jones.

Perhaps, among the names that most likely ring a bell to common folk are the likes of Ayala, Cojuangco, Sy, Ang, Villar, and Razon to name a few. PSA perceives them as the ones who continually dominate the major business interests in the Philippines.

The peculiar case of Dennis Uy

Interestingly, Ramos-Jones highlighted in his talk the emergence of Dennis Uy, who has been reported in mainstream media as allegedly having close ties to President Rodrigo Duterte.

He noted that while Uy has not been named in Forbes’ list of richest persons in the Philippines, he has been observed to be on a buying spree buying of several private companies since 2016.

This directed the economic forum, organized last Thursday, August 15, in cooperation with the German Embassy Manila, and the German Club, to the question: “Where does he get the money?”

First, Ramos-Jones pointed out that Uy has been able to bag various government projects left and right since 2016. He said it was obvious that Uy has been using his influence to be able to get these projects.

However, Ramos-Jones also made it clear that Uy was never seen meddling in Duterte’s political activities. Nevertheless, the question on his source of his wealth remains in the minds of many.

Where are the Filipinos headed?

During the open forum, many foreign guests asked where the Philippines is headed, given the present reality of a disparity in wealth distribution. “What is the future of the middle class as well as the micro, small and medium entrepreneurs?,” asked one from the audience.

Ramos-Jones said that even down the road, 50 years from now, the Philippines will be in the same situation. While there may be some new rich people emerging in the business scene, most of them could probably be aligned with political powers who provide them backing.

He warned these emerging business giants, though, to observe prudence when aligning themselves with political bigwigs, because politicians come and go.

THEPHILBIZNEWS interviewed Ramos-Jones after the forum to ask how he thinks the growing Philippine Offshore Gaming Operator (POGO) industry will benefit the country; and he said, “Not much.”

There is not much to be had from the POGOs in terms of direct benefit to the Philippine economy, he said. It won’t even impact on employment because it will not generate a great deal of job opportunities of Filipinos since most, if not all, big POGOs cater exclusively to mainland Chinese and those in Macao and Hong Kong, he added.

“Employment-wise, we have to accept that not a big chunk of Filipinos can get hired there even if you speak Mandarin. They are confining the operations of POGO to themselves. If taxes will be collected efficiently, let us hope that it trickles down to the people,” said Ramos-Jones.

Asked if the POGO poses a national security threat, he replied: “It is the duty of the government to do objective assessment and use their intelligence network to establish whether the influx of Mainland Chinese would be detrimental to the country and economy. I am not in the position to say that nor our consulting firm. But personally I believe the government should keep on their toes and make sure to do regular security assessment which is part of their job.”

Technology is key to the future

In terms of good promise for the economy, Ramos Jones said that Filipinos should focus on technology. It is this particular sector, he said, that bears great potential for a big leap.

But here’s the problem — right now, technology is not regulated in the country and there is not so much support being given by government to tech-savvy Filipinos to develop new technologies or even innovate to their maximum potential.

If the government supports Filipino inventions and innovation, it will take time, but technology will allow the country to leap frog its neighbors in the region, Ramos-Jones said.