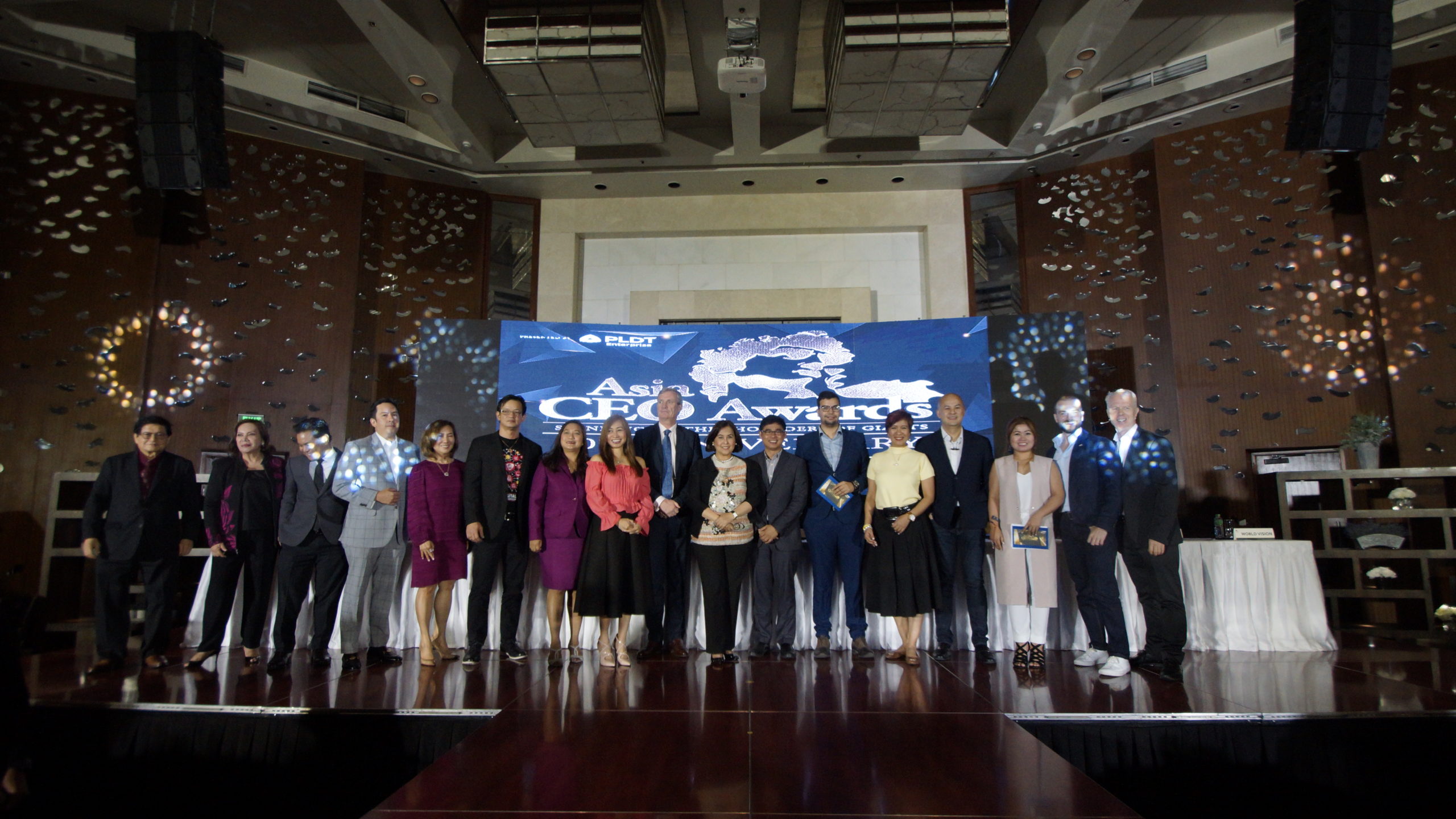 Celebrating Excellence in Leadership and Business, the ASIA CEO takes pride of the 10th Year journey promoting Philippines as investment destination, recognizing leaders and innovators who dare to take the journey and be bold in pursuing their vision and passion Photo From Monsi A. Serrano/THEPHILBIZNEWS

Asia CEO Awards 2019:  A Decade of Driving The Philippines To The Top
Photo by Monsi A. Serrano

The Asia CEO Awards started in 2010 with a single vision: to celebrate and recognize the best practices of the different companies and industries that contribute to the economy, and inspire more people to follow suit. All of this contributes to goal of the Asia CEO Events group, which is to build the country and help drive it to first world status.

It has been an amazing 10 years. We look back at some of our biggest awardees, homegrown brands proving they have reached global standards, small organizations who we have seen blossom into bigger and more successful companies, and leaders who have set an example for every aspiring Filipino.

And on our tenth year, the Asia CEO Awards is going to go bigger than ever—and this means one thing: it’s because the country is growing and developing, and that the industries driving the economy is getting bigger than ever. The stakes are bigger, the competition is tougher, but all of this is because everyone is becoming a better version of themselves.

We are pushing through tough times—these are times when the eruption of digital is disrupting business-as-usual models, the country is tested by environmental factors, and the landscape of the political scene is a-changing. But these are also the best times to test whether our companies and communities can rise to the challenge.

And so we bring the Asia CEO Awards 2019, the ultimate benchmark of resiliency, competitiveness, and excellence. Fourteen categories, fourteen award sponsors, fourteen companies and individuals that will rise above all. Who will make it to this year’s Circle of Excellence, and who will take home the trophy?

We are bringing back the biggest and heavyweight awards that we’ve seen through the years, but we’re also adding two new categories as we recognize more companies finally embracing and celebrating diversity. This year, we will be awarding, for the first time ever, the Shero of the Year and the Diversity Company of the Year.

The full list of categories for the Asia CEO Awards 2019 are:

Every year, the nominations go through a meticulous selection and deliberation process of our esteemed judges. And every year, we bring experts in their fields, people who know and breathe excellence, to use their keen eye to measure the candidates’ qualifications. This year, all companies and individuals will be evaluated by our strong lineup of judges:

We have witnessed, time and again through the various Asia CEO Events, that there are countless companies and individuals in the Philippines who hold limitless talent and endless possibilities. The Philippines is bursting in the seams with potential—and it is up to us, Filipinos, to harness and unlock this. And with the Asia CEO Awards 2019 bringing together the best of the best, we hope that the time to unite, evolve, and arrive at the top is now.

The Philippine Business and News is a proud acclaimed media partner of the Asia CEO Awards, Asia CEO Forum and Asia CEO Events.